#Train Thieves of the World 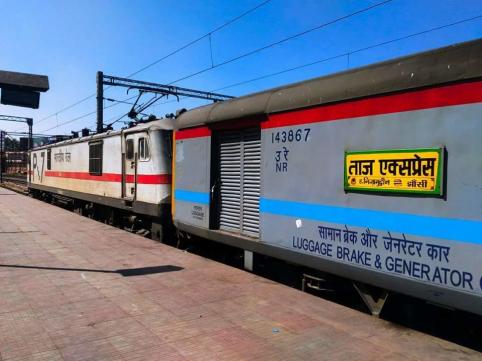 It was a breezy morning of October 2006, I was at the Hazarat Nizamuddin train station of Delhi (India) to get Taj Express train to Agra. Taj Express departs sharp at 7 o’clock daily. One of my colleagues at the government institute in Agra (KHS) was accompanying me for this trip. The train arrived 10 minutes earlier than departure time, and we found our way to the 2nd class reserved compartments. We kept our bags on luggage racks above our seats and sat comfortably while sipping cups of Chai we had bought from the tea vendor. My colleague was reading his newspaper, and I was looking out of the windows. Suddenly I felt as if some warm fluid fell on my shirt, I looked around and found that a man has spilled his tea on my shirtsleeve . He was profusely apologizing, and I quickly got up to wipe off the spilled tea. Meanwhile that oddly looking man was trying to help me with his handkerchief. The train had started to move slowly. In a slight of a second, another man from the opposite direction appeared and grabbed my laptop bag kept on the racks. Until I could realize what was happening, the thief had dashed towards the doors and jumped out of the moving train. The bag contained an expensive HP laptop, some books, some money and a flash drive. I quickly realized I had been duped, and ran towards the bag snatcher. In an effort to catch him I too jumped from the moving train (I realize now that it was a very bad idea). I ran after him on the platform, but he was too quick and jumped on tracks to go to the platform on the other side. As I saw him vanish in crowd on the opposite platform, a train slowly arrived on the tracks in front of me. In the meanwhile Taj Express was no where to be seen. The laptop I had lost did not belong to me, it was loaned to me by the language documentation project in which I worked at the university. At last I had to buy a new laptop (worth 700 €) with much difficulty in order to replace the stolen one, but that is another story. 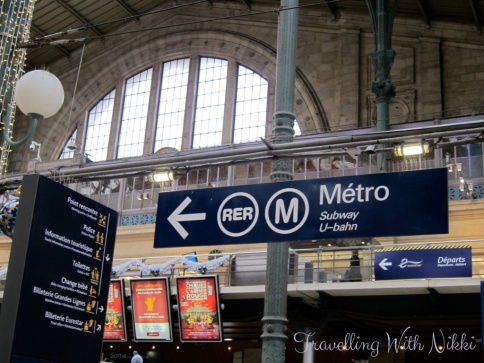 It was in the month of September 2016, when I had to go to Paris to attend an International linguistics conference at INALCO. I had started very early in the morning from Rotterdam (Holland), and had just arrived around 10 o’clock at Gare Du Noord station of Paris. Paris Gare Du Nord is a very large and crowded train station with an attached Metro & RER station. I had to change to RER Subway train B, in order to reach my destination. I started walking towards RER station following the signage. There are couple of escalators one has to climb for reaching RER lines. On one of the narrow escalators , as I was climbing up, the escalator suddenly jolted to stop. I began walking up on the escalator. There were 2 teen aged boys behind me and one man in front. The man ahead of me was walking very slowly causing me to walk with slow pace. Suddenly I felt someone’s hand in my back pocket, I quickly turned around and saw someone’s hand behind me. Before I could realize, the two boys ran towards the bottom of the escalators and quickly vanished in narrow alleys of Gare Du Noord staion. I was lucky that there were only 10 € in my wallet along with few coins, and some business cards. I realized that I was duped by this gang of 3  (one in front and 2 in the back). They pressed the emergency stop button at the bottom of the escalator, causing it to stop. The boy in the front slowed my pace, and the two behind me escaped with my wallet. 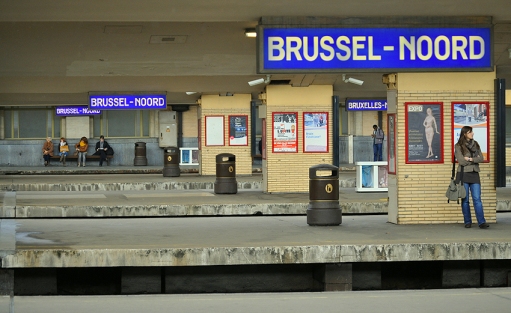 The capital city of Belgium, Brussels has 3 main stations – Brussel Noord, Brussel Centrale & Brussel Midi. This story does not involve me but a few of my Indian colleagues at the university. It was in May 2107 they were returning from a conference by an intercity train from Namur (Belgium) to Holland. It was an afternoon train from Namur to Brussels Centrale, the two were sitting in the middle of the carriage. They had put their bags on the luggage racks above their seats. When the train was about to reach Brussles Nord (which is a station before Brussels Centrale), a man wearing a baseball cap came walking from the opposite direction towards their seats. He awkwardly dropped his old mobile phone and some papers in the passage between the seats. The phone broke down into pieces and all its parts were lying on the train floor. As a courtesy my colleagues together with other passengers tried helping that man in collecting his scattered papers and phone components. In the meanwhile the train stopped at the Brussel Noord station. A moment later my colleagues realized that one of their bags was missing from the luggage racks. The bag contained an Apple Macbook, clothes, shoes, passport, documents, and some other valuables. The man with the broken phone had disappeared from the scene. It seems they were a gang of two who staged the stealing of this bag. One of them distracted them by throwing his phone and papers on the floors, while his accomplice easily took away the bag out of their sight.